My Half and Whole Book 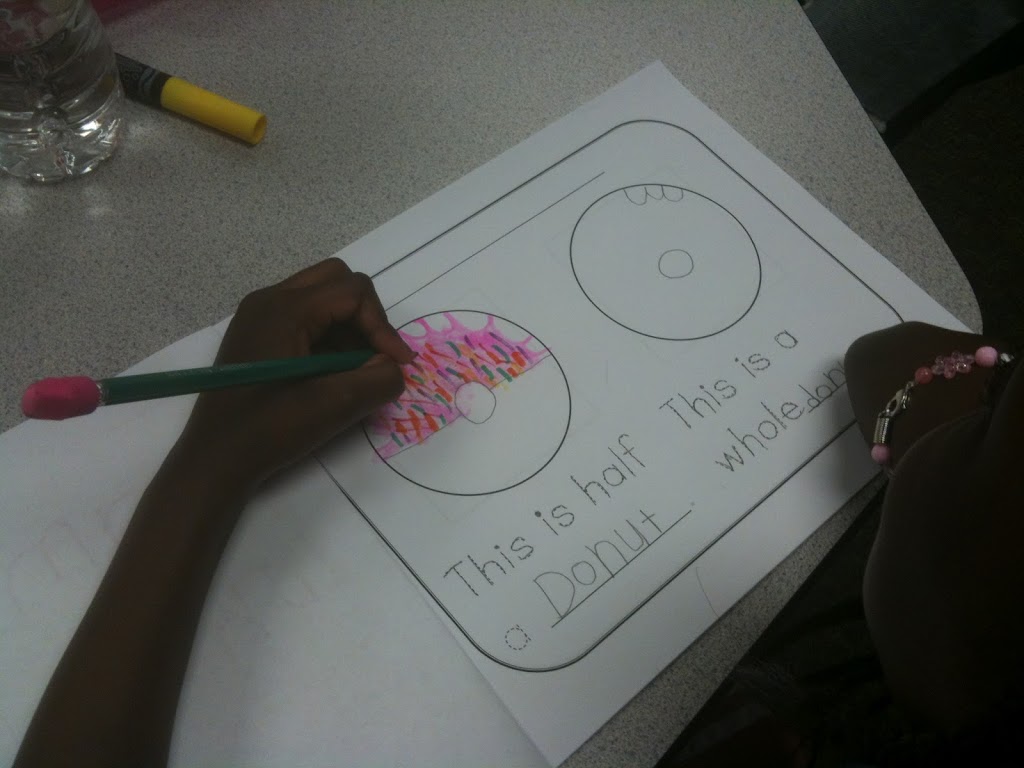 I visited with my favorite Kindergarten class to see them using the halves and whole freebie I posted last night.

Of course Mrs. Bryan started out with her daily subitizing routine.  I’m serious–those kids can’t get enough of it!  When she announced it was the last one, she was met with a chorus of, “Awwwwwww!”.

Next Mrs. Bryan moved on to a concrete activity with halves and wholes.  She had geometric figures cut in two and and she distributed the halves to the kids.  They had to quietly (and they did!) find their missing half.  Then they went around the room describing what their figures to reinforce the vocabulary.  “I have one half.  You have one half.  Together we have a whole.”

Finally, it was time for the math book.  The kids were SO excited (Mrs. Bryan has that effect on me, too!).  She enthusiastically told the class they were each going to create their own book!!  She modeled how to create a cover, and then discussed some real-life items that could be represented by circles, squares, and rectangles. One note–as the students worked, some were having trouble dividing the shapes in half.  That was our clue that those particular kiddos needed more concrete practice.  I was working with one such kiddo who was having trouble drawing a line to divide the square in half.  I gave him a square cut out of construction paper and asked him to fold it in half.  He had no trouble with that.  Then I asked him to draw a line on his square that matched the fold line he made.  Voila!  You see, he was having trouble with the representation (drawing the line), so I immediately took it back to the concrete (folding the paper).

Enjoy the pictures below showing the kids at work!!

For more about subitzing check out this blog post.

← Prev: Representing Halves and Wholes Next: A Plethora of Math Anchor Charts →