Rounding on an Open Number Line 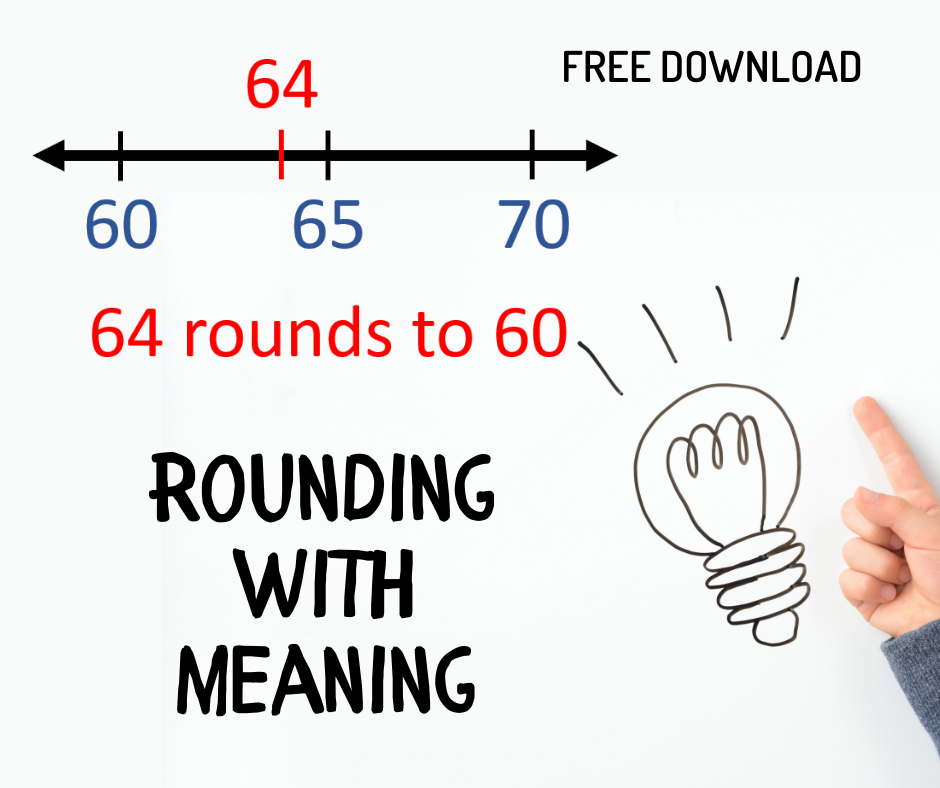 Rounding numbers is one of those skills that is often taught using “tricks” and “rules”. Don’t believe it? Google “rounding to the nearest 10” and take a look at some of the pages returned by the search. Let’s agree instead to teach rounding for deep conceptual understanding, and I have an alternate approach to offer.

First of all, students need to understand why we round numbers for the skill to make sense to them. We round numbers when a “close” number is good enough. It makes the numbers easier to work with. My favorite real-life example is shopping in a store. I am clothes shopping and I only have $50 to spend. I’m looking at a shirt that is $27 and pants for $19. Those numbers are not necessarily easy for me to work with in my head. But, $27 is really close to $30 and $19 is almost $20. And $30 + $20 I can do easily in my head. Looks like I’ll have enough to buy both with my $50!

When we teach tricks, we often take the meaning out of the process. That’s why you see a student somehow round $27 to $40 or some other unreasonable number. They don’t remember how to do the “steps”, and that’s their only strategy. They’re not really thinking about what it means to round.

After setting the stage for why we round numbers, I move to the actual rounding process using a number line.

Teacher: I want to buy a shirt for $27. I wonder about how much that is? Let’s see if we can find out. Can you find 27 on the number line? (student uses a yardstick to point to 27) Good! We’re rounding to the nearest ten, so which two multiples of 10 is it between on the number line? (student points to 20 and then 30). That’s right. Twenty-seven is between 20 and 30. Which is it closer to? (student points to 30)

So what do you do with that pesky 5? It’s not closer to either multiple of ten. That’s an interesting lesson, too. We start with the multiples of ten, and I ask what number falls right in the middle. They see that between 60 and 70 is 65. Between 90 and 100 is 95, between 130 and 140 is 135. And guess what? Between 100 and 200 is 150. And between 2,000 and 3,000 is 2,500. The kids see that the middle number always includes a 5, so they generalize the old traditional rounding rule. Then I just tell them that since it’s right in the middle–not closer to either one–somebody at some point made the decision that we would round those numbers up.

After the kiddos get lots of practice on a regular number line, move to an open number line. Now the kids write the two multiples of ten (or hundred), the number in the middle, and they place the number they are rounding.  It’s looks something like this: 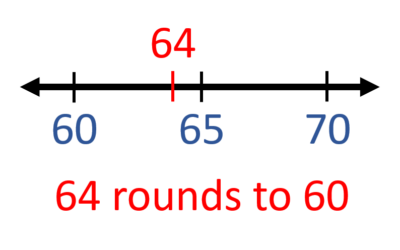 Here’s a couple of rounding printables you can use for a little assessment. 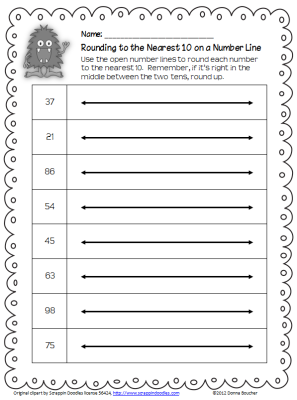 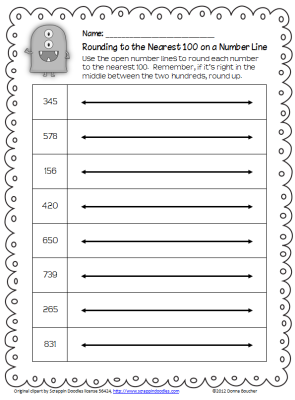