A Peek Inside: Give a Mouse a Number 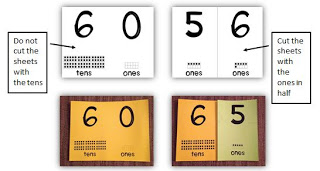 Woo hoo!!  For my newest unit I really delved into the 1st grade NBT standards, and I’m so pleased with the results.  In addition to a Scoot game, two Capture 4 games, three partner spinner games, and seven printables, I’m really excited about the set of cards I developed for working with two digit numbers.  There are cards that show the multiples of ten and the single digits–both with ten-frame representation.  Students create a two digit number by placing the single digit card over the multiple of ten (shown below).  I made them large for whole class routines, but they’re also good for small group instruction. 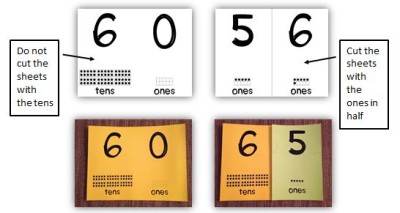 Here are some ideas for using the cards:

Here’s a peek at the rest of the unit. 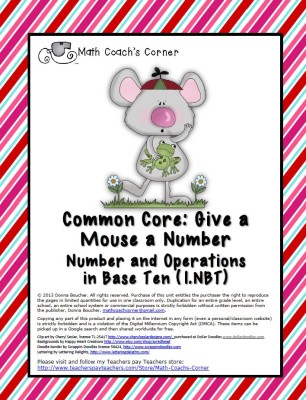 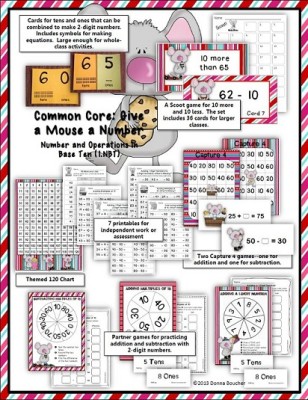 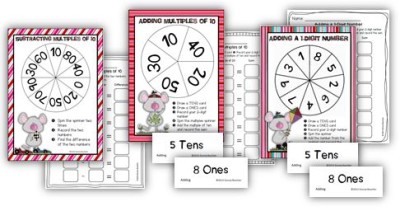 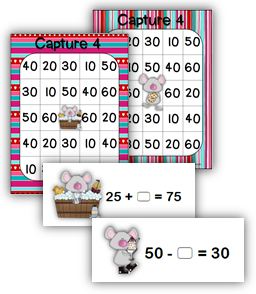