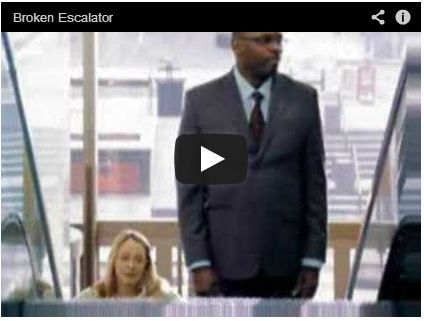 So, I attended a professional development session yesterday on early numeracy, and the presenter showed this video.  I almost snorted Diet Coke out my nose!  He said that when he has sessions for teachers (we were all instructional coaches), he asks them to rate on a scale of 1 to 5 how important they feel it is to let students struggle.  Usually, the ratings are pretty high.  He then asks them how that belief is reflected in their teaching practices.  Ouch.  That’s usually a tougher question.  It’s so hard to let kids struggle and not jump in to help.  The presenter reminded us of Vygotsky’s Zone of Proximal Development and that the goal is to assign tasks just beyond what a student is comfortable with…not WAY beyond, but just beyond.

Here’s an example to consider.  Say that you’ve taught fractions and now you’re moving on to fractions on a number line.  Your first thought might be that you need to teach it.  Hmmm, well let’s see.  Try this instead.  Display the number line shown below, and ask students what they think A represents.  Accept all responses. Don’t forget to ask students why they responded as they did.  I will assume that no students responded correctly with 3/4.

Now, without saying anything, change the number line by drawing in what you see below.  I’ll lay you odds that you’ll have a chorus of ooh’s, ah’s, and light bulbs going off!  Have other number lines, split into different fractions, ready to go and have students come up and practice (a document camera or interactive white board would both be good for this).

Click here to grab a couple of sheets of number lines with fractions. 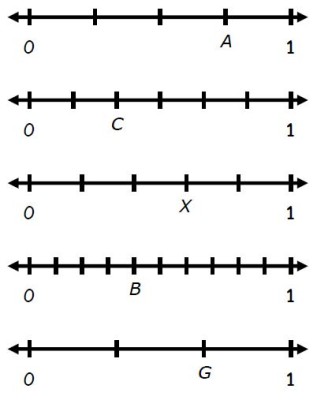