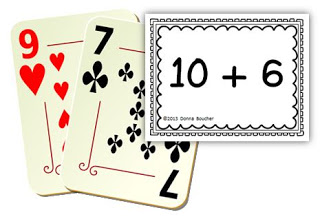 Happy Monday and happy Teacher Appreciation Week!  Here’s a little game, based on a Van de Walle activity, that addresses two important common core standards: (1) K.NBT.1, compose and decompose numbers from 11 to 19 into tens and some further ones, and (2) 1.NBT.2, understand that the two digits of a two-digit number represent amounts of tens and ones.  I’m calling it Ten Plus.  All you need is a standard deck of cards and these free “10+” cards.

Here’s how to play:

There is no real winner in this game–players work collaboratively to find the matching cards.  I’d love to hear your comments about this easy little math center activity! 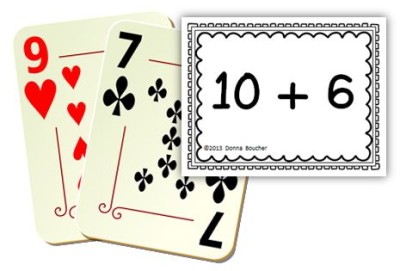 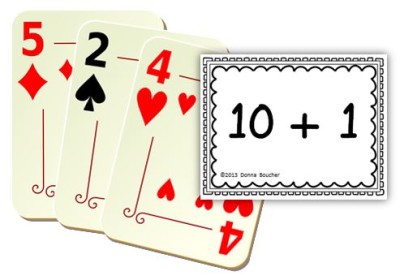 ← Prev: Spring Cleaning Next: Technology and the CRA Sequence of Instruction →