What is Singapore Math? 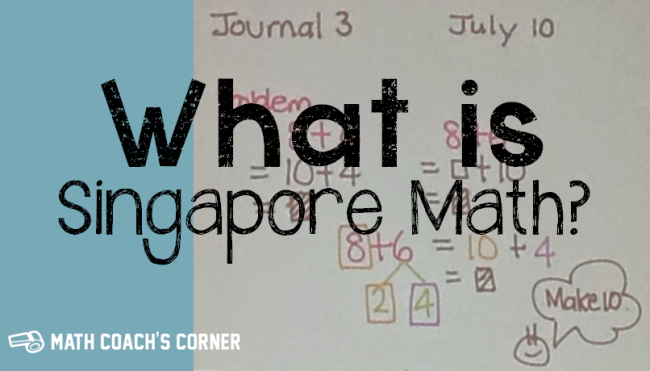 I recently attended the SDE National Conference on Singapore Math Strategies, and it was four days of non-stop learning! This is my second time to attend the conference, and it keeps getting better. While there were many great sessions and presenters, the highlight for me was definitely getting to learn from Yeap Ban Har. Dr. Yeap is an internationally known educator, author, and speaker. His presentation style made you feel like you were in his classroom–he was informative, engaging, and entertaining. 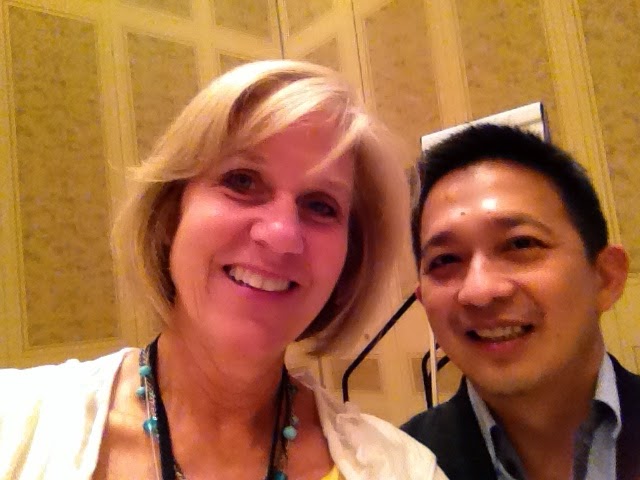 One of the first comments he made is that in Singapore they don’t call it Singapore Math. It’s just math. He went on to explain the history of how the math curriculum we know as Singapore Math came to be. In the 1980’s, Singapore was at the bottom of the educational heap. Their scores on international assessments were among the lowest and their country’s GNP was dismal. The government decided that something needed to be done, and they turned to research for the answers. They decided to focus on numeracy, rather than literacy, because research shows that mathematics skills are more directly correlated to the economic success of a country than literacy.

With the focus set on improving mathematics instruction, they studied the research about how students learn in general and, specifically, how they learn math. From the research, they developed a national curriculum and philosophy of teaching math that was implemented in the early 90’s. Just over twenty years later, Singapore consistently ranks very high on international assessments and their GNP continues to rise. Quite the success story.

While many people associate Singapore math with bar model drawing, Dr. Yeap said that was actually a small part of their curriculum. Here’s a graphic showing the framework.

One of the fundamental pieces of the Singapore philosophy is the concrete, pictorial, abstract (CPA) sequence of instruction based on the work of Jerome Bruner in the 1960’s. In the United States we more often refer to it as CRA, with the R standing for representational, but it’s essentially the same thing.  Anchor tasks (think of these as their mini-lessons) feature concrete learning experiences and typically conclude with students documenting their mathematical thinking in their math journal–the representational and sometimes abstract piece. So, for example, after doing an anchor task activity using ten-frames to explore different ways to add 8 + 6, the journal entry might look something like this:

Another piece of research that helped shaped math instruction in Singapore is Zoltan Dienes’ Six-Stage Theory of Learning Mathematics. Basically, Dienes states that Free Play, without formal vocabulary or rules, must be the first stage of all learning. He describes it as a “trial and error” activity.  Think, for example, about the ten-frames anchor task I mentioned previously. Students might be asked to build 8 and 6 on two different ten-frames and then be asked, “I wonder how we could add 8 and 6?”  This would be followed by a share-out of different solutions. At the conclusion of the anchor task, students would be asked to record three solutions that make sense to them in their math journals.  I love how Yeap described an easy way to differentiate: “Boys and girls, we have just discussed and shown many different ways to add 8 and 6.  Please record three ways that make the most sense to you in your math journal. If you are really fast, record five ways. If you are really, really fast, make up another way.”

Yeap also referred to Vygostsky’s theories on social learning and the zone of proximal development. Yeap summed up the social learning theory as students doing individual thinking, then small group work, and finally whole group sharing. Vygostsky’s zone of proximal development theory states that we learn best when asked to do tasks that are just beyond our comfort zone.

I hope you see that Singapore Math is really a philosophy for mathematics instruction–it’s as much about how to teach as it is what  to teach. After reading this, you may even realize that YOU are a Singapore Math teacher.

If you’re interested in reading more about number bonds, which are a fundamental part of early numeracy in Singapore, check out this blog post.  For more information about model drawing, try this one.

Receive new blog posts right into your inbox once a week, along with occasional newsletters with special offers and freebies!

This site uses cookies to store information on your computer. Some are essential to make our site work. Others help us improve your user experience or to allow us to track behavior and user patterns. By using the site you agree to these terms. View the terms here.