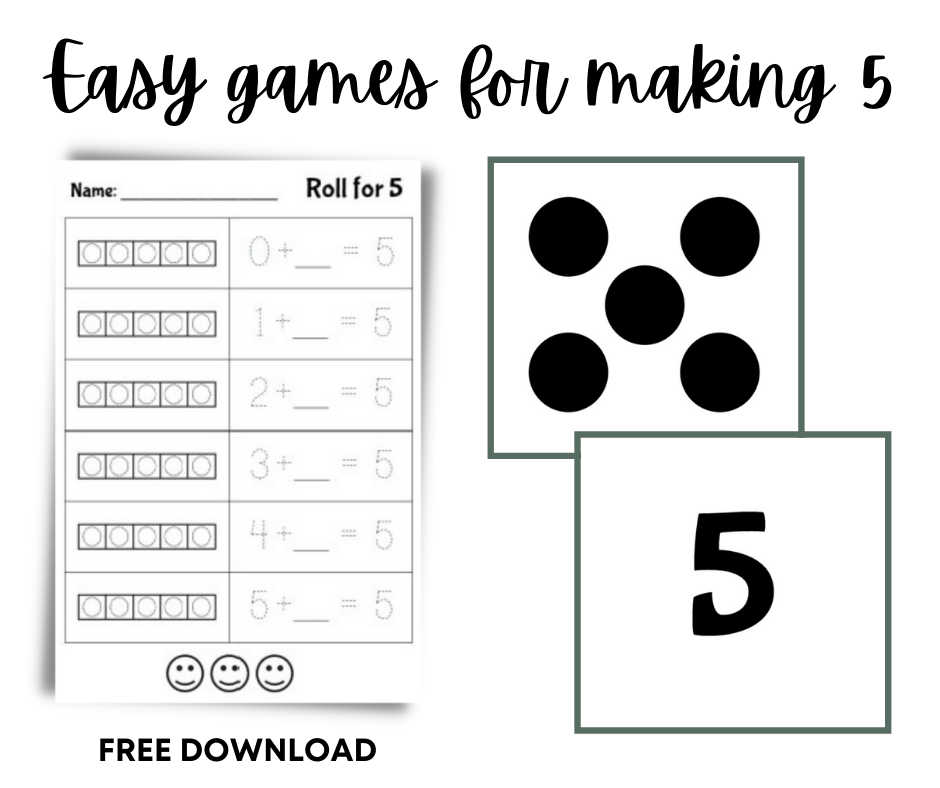 One of the most critical relationships that young children can develop as they begin their mathematical journey is the idea that numbers can be composed and decomposed in different ways. In Kindergarten, most standards refer to this as knowing all the combinations for the numbers to ten. In other words, understanding that five can be made by combining 2 and 3 (composing) or that 5 can be broken into 2 and 3 (decomposing), but also that 5 can be composed and decomposed in many ways: 0 and 5, 1 and 4, 2 and 3, 3 and 2, 4 and 1, and 5 and 0.

Building this understanding is a journey! We start with smaller numbers and provide lots of concrete experiences. Today, I have several games for making five. Two of the activities use the same cards, so that means even less prep time.

For fast finishers, put blank 5-frames in the workstation with 2-color counters.  After students play the game once, they can continue to practice combinations for 5 by rolling the number cube and using the 5-frame and counters to show the combination. For example, if I roll a 2, I would put 2 counters of one color on the 5-frame and 3 counters of the second color.

← Prev: Fractions as Part of a Set Next: What IS Problem-Solving? →