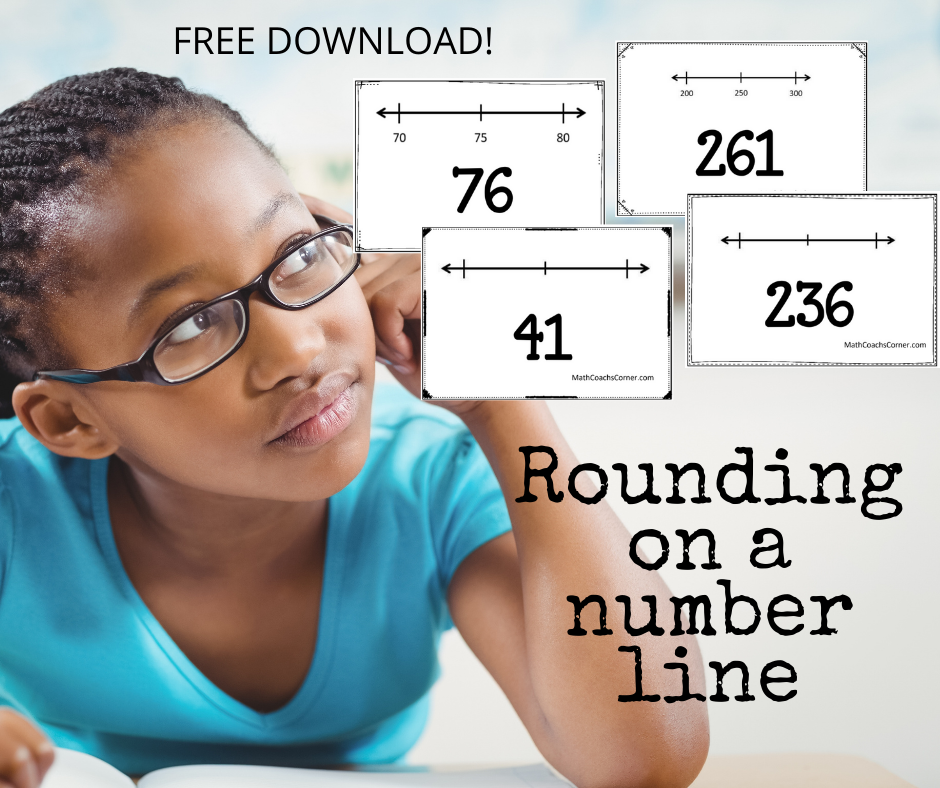 Have you ever thought that maybe people who think they are not good at math really have just never been taught math in a way that makes sense to them? Personally, I think that’s behind a lot of our math problems. Take rounding for example. We teach kids a complicated procedure for rounding. And to make it easy for them to remember, we make up little rhymes:

Four or less
Let it rest
Five or more
Let it soar!

Catchy, huh? How about this one:

Find your place
Look next door
Five or greater
Add one more
All digits in front stay the same
All digits behind, zero’s your name

Well, at least that one mentions place, as in place value, but it really does little to make sense of rounding. It teaches kids to ignore the actual number and just consider the digits.

A while back I wrote about using an open number line to round numbers. I encourage you to check out that post; it even contains a little freebie you can download. Basically, the idea is that 46 rounds to 50 because it’s closer to 50 than 40. It’s really just that simple. Students need to be able to determine which two multiples of ten a number comes between and then just decide which one it’s closer to. The only thing that needs to be explained is that if it’s right in the middle, it rounds up to the next multiple of ten. Why? Because someone decided that it should a long time ago. The same idea, of course, works for rounding to the nearest hundred, or thousand, or tenth, etc.

I created some cards that can be used to practice rounding to either the nearest ten or hundred. There are four types of cards–2-digit numbers and 3-digit numbers, with and without labels on the number lines. These cards would be great for small group instruction. The cards with labels on the number lines offer more support as students are just learning the concept, and the cards without labels can be used to help students decides on which multiples the number is between on their own. In a workstation, the cards could be used for a good, old-fashioned game of War. Players each turn over a card, round their number, and compare the rounded numbers. The larger rounded number wins. What to add some computation into the mix? Have players record their rounded numbers and add up the rounded numbers. The player with the largest sum after five rounds wins. Cards are so versatile, which is one reason I like to create cards and use them for instruction.

Grab your free cards here. I’d love to hear how you use them in your classroom!