Making Ten Back and Forth Game 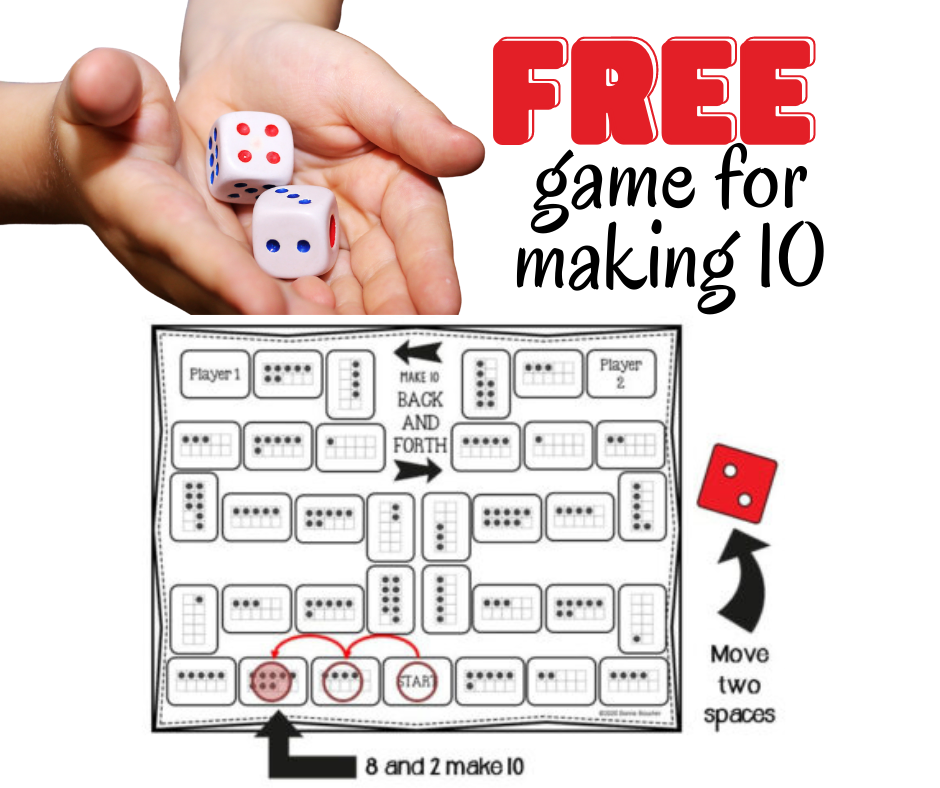 Ten has a special place in our number system, so it is critical that children know all the combinations for making ten. A quick look at where this skill goes in first and second grade helps emphasize the importance of mastering this critical skill by the end of Kindergarten.

First Grade: Use Strategies to Add and Subtract Within 20

A powerful strategy for learning basic addition facts is the Make a Ten strategy. This strategy can be used when one of the addends is close to ten, as in the fact shown below. To apply the strategy, children think of the number that goes with 8 to make ten, which is 2. They then decompose the 5 into 2 and 3, resulting in connecting 8 + 5 to 10 + 3. With practice, children develop automaticity with 8 + 5 and will no longer need to derive the sum, but learning through a strategy-based approach rather than through rote memorization develops number sense and stresses the relationships between facts. 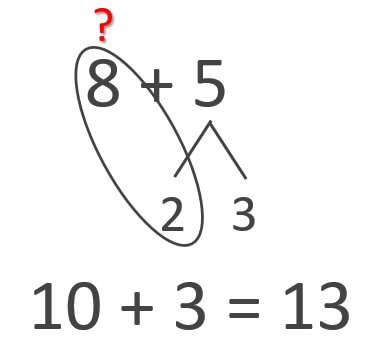 The Make a Ten strategy that was applied to basic facts in first grade can be extended in second grade when children are learning multi-digit addition. Rather than making a ten, they are making the next multiple of ten, realizing that if 7 and 3 make 10 then 37 and 3 make the next multiple of ten as shown in the example below. Notice that if this problem were being solved with the standard algorithm it would require regrouping. Experience with alternate strategies such as extending the Make a Ten strategy leads to better understanding once children do tackle the standard algorithm. 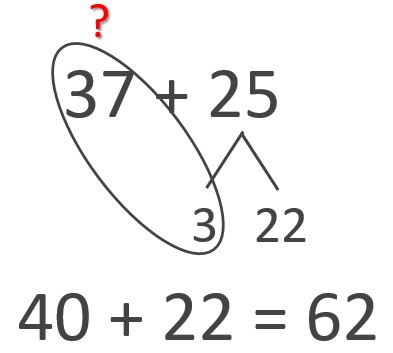 Mastering the Combinations for Ten

A visual reminder in the classroom, such as this anchor chart, is a great way for students to master all of the combinations for ten. Use a ten-frame and two-color counters to illustrate the combinations and create the T-chart shown on the left of the anchor chart. After recording the corresponding equations on the right side, allow students to notice the patterns and make connections with the turnaround facts. 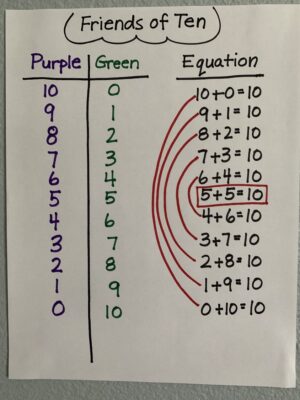 Children also need practice to develop mastery with the combinations for ten, and we want that practice to be engaging! I just made a new little Back and Forth game for practicing the combinations for 10. There are two versions of the game board–one that has ten-frame images for kiddos who need pictorial support and one that has expressions with a missing addend. Back and Forth is a fun game that’s a little like tug-o-war. Bother players use the same playing piece, but move it in different directions. The game can go on for a while, so it provides lots of practice. 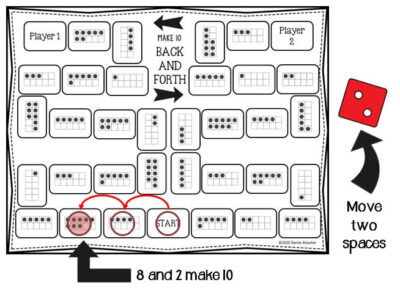 Check out these other posts with games for making ten: