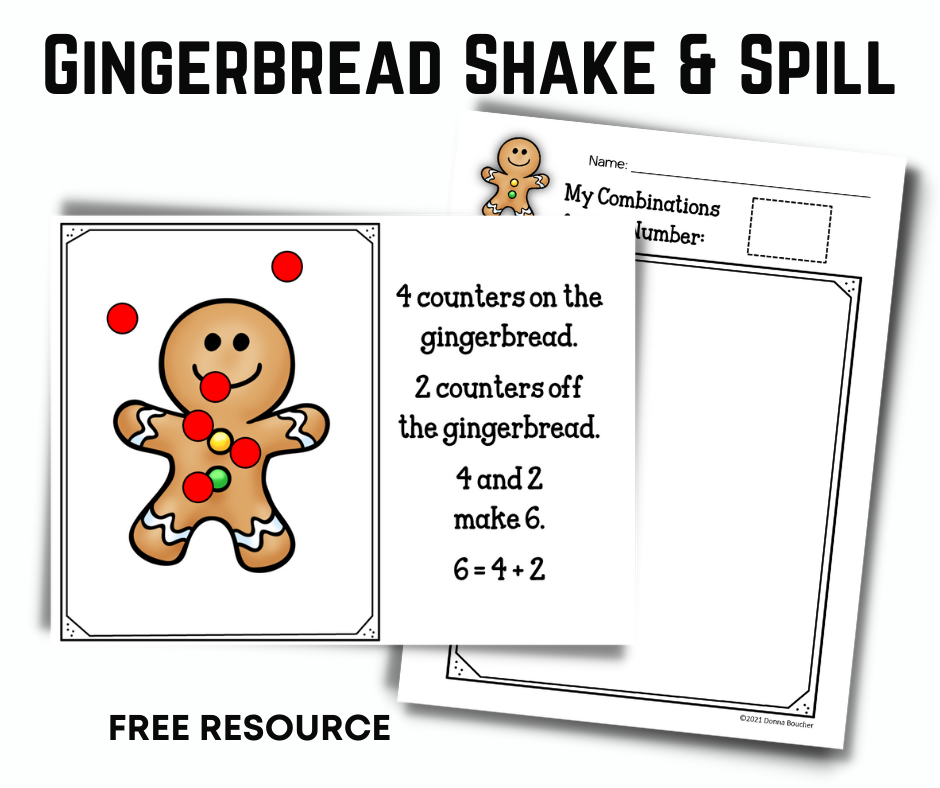 One of my favorite activities for composing and decomposing numbers is Shake and Spill, due in large part to how flexibly it can be used.

We often use it to help students practice the combinations for the numbers up to ten, which is a critical Kindergarten skill. But when students are ready for a little more of a challenge, they can also learn that numbers can be decomposed into more than two addends.

But the beauty of Shake and Spill is that it can be used with any number of counters. For example, the target number can be 25. I’m often asked what composing and decomposing numbers looks like with larger numbers. Well, it looks pretty much the same as it does with smaller numbers, except we don’t usually write all the combinations because there are too many. So when students shake and spill 25 counters 5 times, and they get 12 + 13, 18 + 7, 8 + 17, 10 + 15, and 16 + 9, they are experiencing that the number 25 can be composed and decomposed in many ways. Often, when we get to 2- and 3-digit numbers, we only decompose by tens and ones. So kiddos think that 25 can only be 20 + 5. But when they start regrouping to subtract, for example, it’s important that they understand that 25 is also 10 + 15.

The recording sheet for this one is more open-ended. There’s a place to write in the target number and a big, blank space to record the combinations. Here are some suggestions: 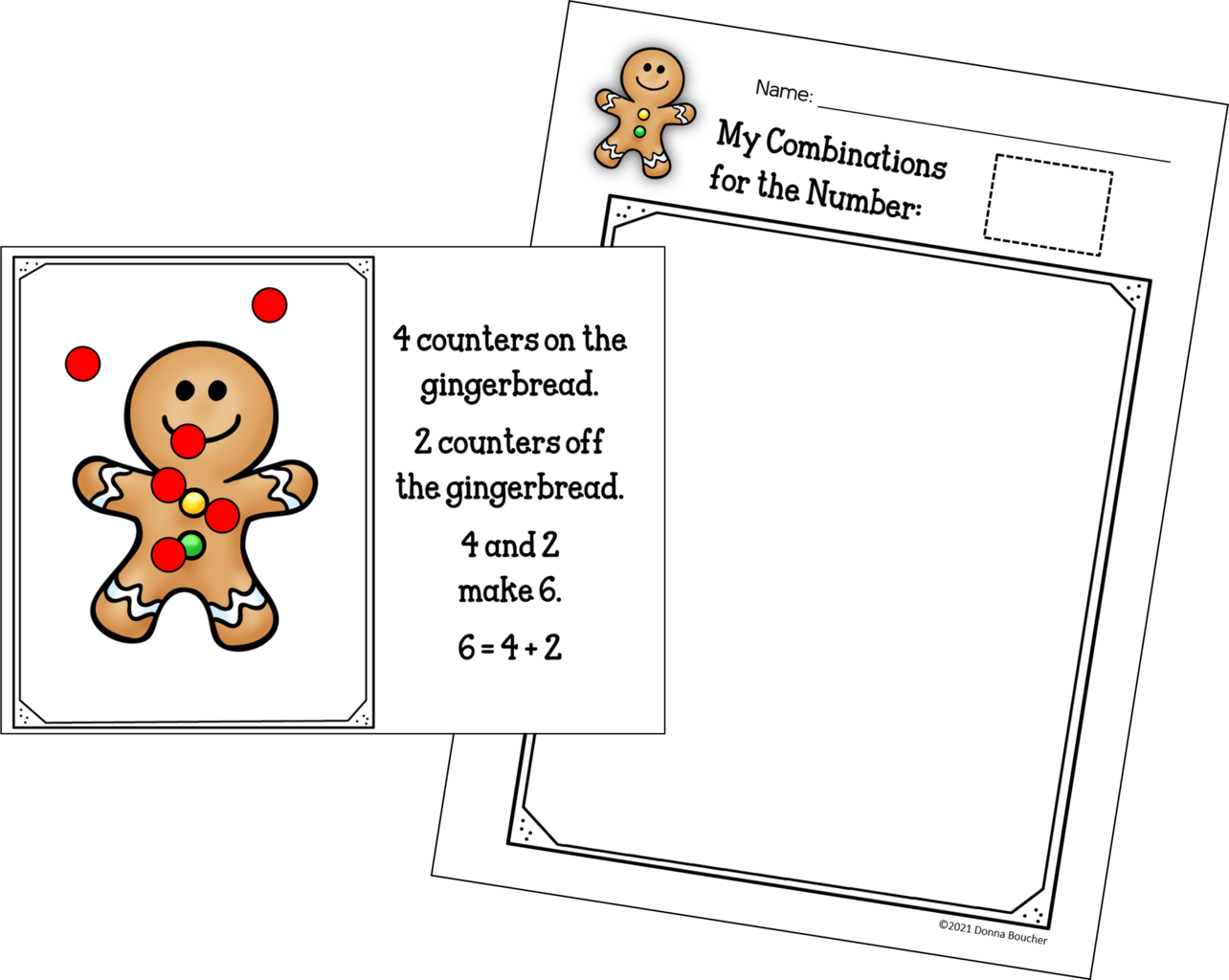