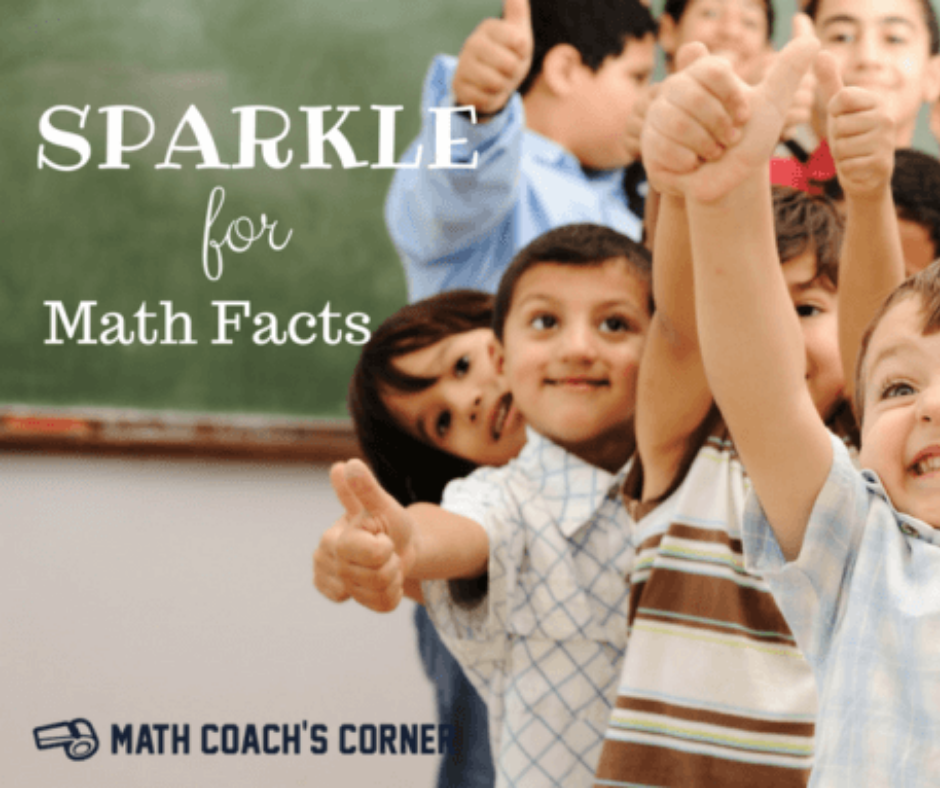 There’s a popular spelling game used in the classroom called Sparkle. Students stand in a circle and each student says one letter of the word. The student who says the last letter of the word sits down. The teacher then gives them another word. Play continues until the last man is standing. Why not play the Sparkle game for math?

Today I was guest teaching in a 4th-grade class, and we played Sparkle using multiples. It’s very similar to the spelling version. Students stood in a circle, and for each round I chose a different number to skip-count by. We started with 5’s, since the game was new to them, and I wasn’t sure how fluent they were with their facts. We skip counted by 5’s to 50, so the student who said 50 was the one who sat down. Then we started over again at 5. That round went really well, so I decided to try 3’s, skip-counting from 3 to 36. That was a little more challenging, but through the combination of the competitive aspect of the game and the repetitive nature of it, I could see the students quickly gaining confidence with their 3’s. This is such a fun and engaging way to practice facts!

BTW, I also saw the same concept used in a Kindergarten class last week. The students were practicing counting to 20 starting from any number. They started at 8 and counted to 20, so the student to say 20 sat down and the counting started again at 8.