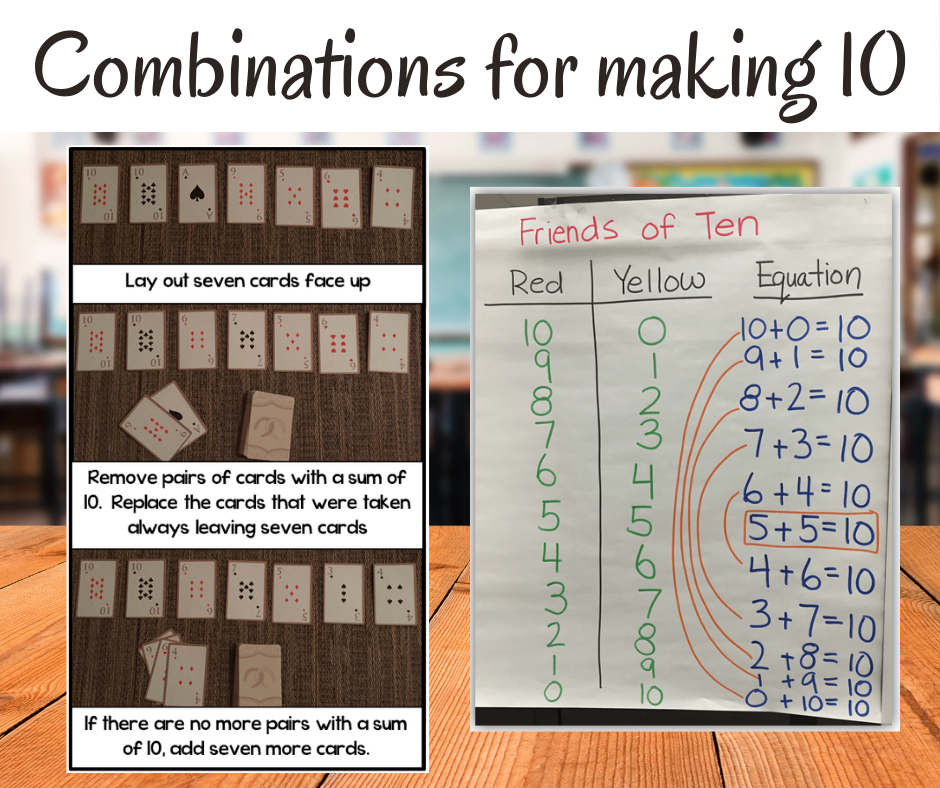 Because ten has such importance in our number system, students need lots of opportunities to explore the combinations for ten. I pull small intervention groups for grades 1-5, and I have been playing this game with all of my groups! They absolutely love it.

So, a lesson actually preceded the game. My first graders were working on Friends of Ten, or the pairs of numbers that have a sum of ten. This is such a critical skill for fact and computational fluency, and it is actually listed in the CCSS as a Kindergarten standard. We created the anchor chart you see by using two-color counters on a ten-frame. We put out ten red counters and I asked the students how many yellows we would need to put on our ten-frame to make ten. Zero. We added 10 and 0 to our chart and wrote the equation, 10 + 0 = 10. We cleared the board and put out nine red counters. How many yellows to make 10? The students put out one yellow counter to show that it would take one more to make ten. We added 9 and 1 to the anchor chart. We continued this process until we had all the “friends”. I drew the “rainbow” to show the connections in the equations. Lots of oohs and ahs. First graders are easily amused.  🙂 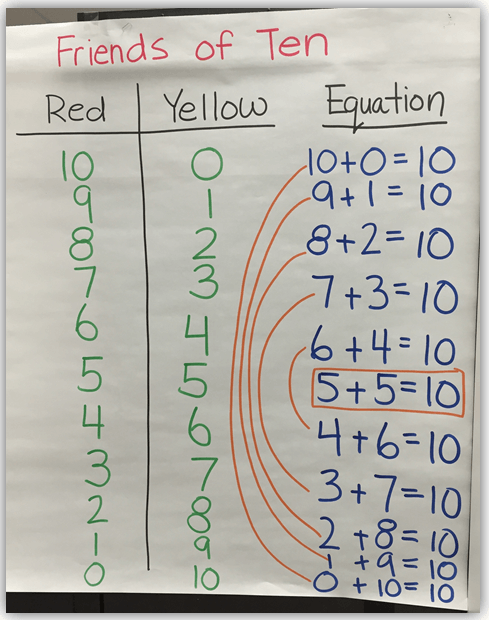 The practice game that followed is called Seven Up by the program we use (Do the Math), not to be confused with the game you play by moving around the room and pressing down thumbs. All you need to play is an ordinary deck of cards. Before beginning, take out the face cards (jacks, queens, and kings). Aces will be used as ones. To play, lay out seven cards face up. I feel a bit like a blackjack dealer when we play! The game is played cooperatively, that is, students don’t play against each other and there is no winner. Students are looking for pairs of numbers that make ten. If they see one, they show me a silent thumb to the chest. I call on a student and they say the equation and take the cards. The ten is used by itself, but the students must say 10 + 0 = 10. Replace the cards that were taken with two more from the deck, always leaving seven cards facing up. Continue finding pairs, taking them off, and replacing them. If there are no pairs for ten in the seven cards showing, lay down another seven cards on top of the others. Now when students take off two cards, the cards underneath will be revealed, so you don’t need to replace them with new cards. I hope that makes sense.

You can actually play this game for the combinations of any number, not just ten, but removing some cards from the deck. For example, if you are practicing the combinations for 5, use only the Ace through 5 cards. 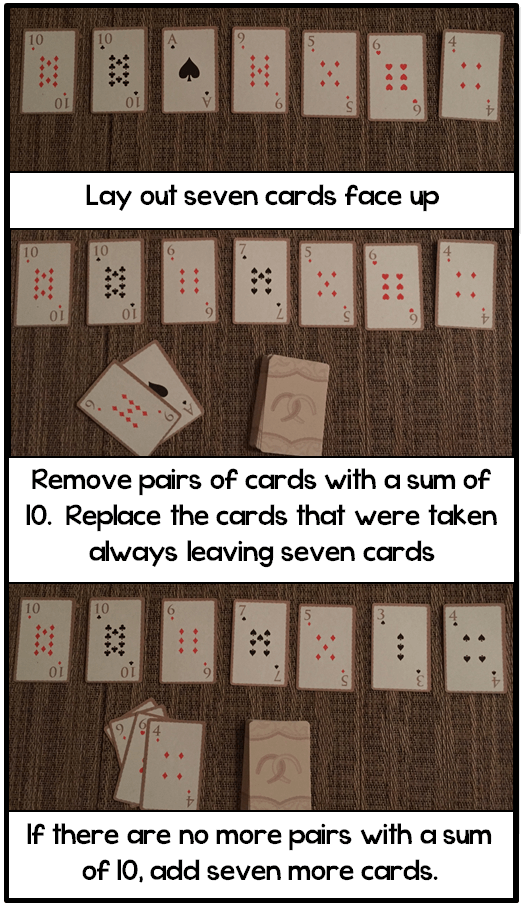 While this is a Kindergarten skill, I have found that all of my students need the practice, and my 4th and 5th graders like to play it as much as my 1st and 2nd graders.
If you are looking for another engaging way to practice tens, check out my Make a Ten Bingo game! 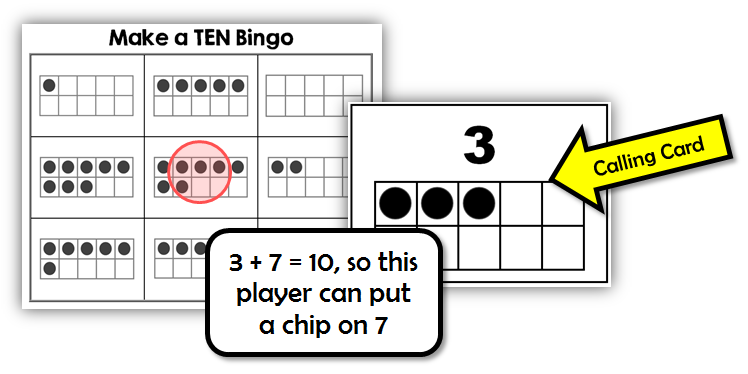