Using Ten-Frames to Understand Numbers from 11-20 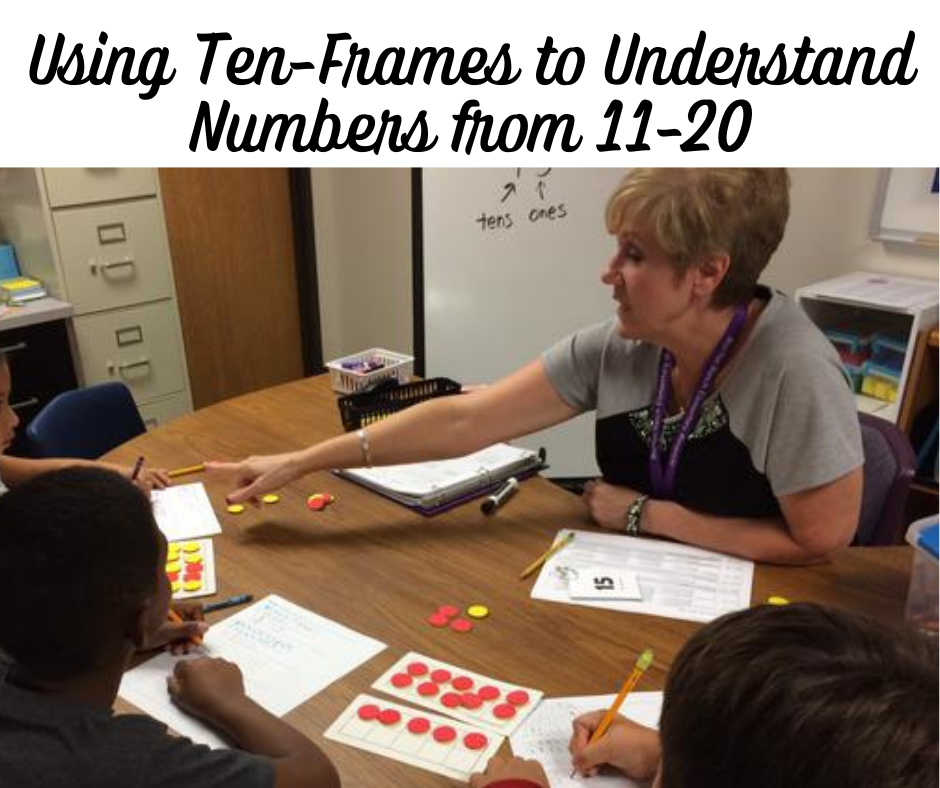 You’ve simply gotta love it when an observation lesson goes way better than you could have expected! Today I was getting ready to work with my Firsties when my AP showed up for my observation. Yesterday, the students were working with two ten-frames to build and better understand numbers from 11-19, and I had several goals for the continuation of the activity:

As the students came in, two ten-frames and a small pile of counters were on the table at their seat. I told the students that I had meant to give each of them 20 counters, but I hadn’t had time to count. I asked them to each count their counters and give me any extra over twenty. As they counted, I was able to coach one student that when counting objects, it’s best to move them aside while counting. The very quick exercise also let me check their one-to-one correspondence and counting abilities. My first surprise of the day came when one friend decided to count by twos. I was not expecting that!

To begin the lesson, I asked the students what discovery they had made yesterday about filling a ten-frame. They told me that when it is full, it has ten counters. I asked if they had to count the counters one-by-one to fill the ten-frame, or if they could just fill it up fast. Fill it up fast! Good! We were ready. I flashed the number 15 and counters started flying as the students built the number. As each student finished building 15, they threw their hands up in the air in victory. Of course, if they are counting from 1 to 10 to fill the ten-frame, they are never going to win, and they know it now. Next, we practiced counting on from 10. They put their whole hand over the filled ten-frame and said 10, then pointing to each counter on the second ten frame, they counted on from 10 (11, 12, 13, 14, 15). Finally, we wrote an equation for the number they had built. I had made a little recording sheet they could use that emphasizes the value of the full ten-frame and extra ones. 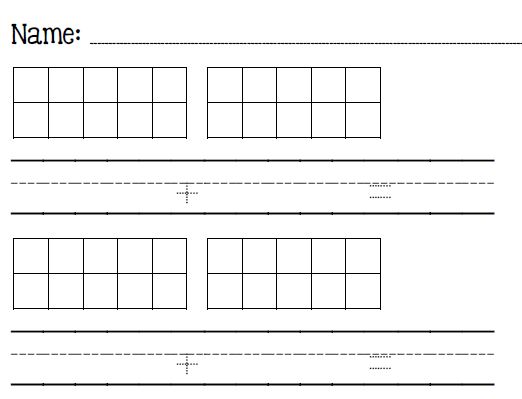 We practiced several more numbers using the same process. It was on the number 14 that the next shocker came. When I asked if they had had to count to fill the ten-frame, one student said, No, and he didn’t have to count the 4 either. I asked him to explain. He told me that he knew it was four because there was only one empty square on the row, and 4 and 1 make 5. I should note here that last week we were working on combinations for 5. I guess it paid off! After we had practiced about four numbers, the same student said he had noticed something. I asked what he had noticed. He told us that each of the numbers had a 1 to start it (eg., 13, 14, 15), and he said that the 1 went with the ten-frame. Just about that time, a second mathematician chimed in that the 5 were 5 ones. Quickly, I captured their thinking on the whiteboard (you can actually see it in the picture). I wrote the number 15 and labeled it tens and ones.

Now, if this does not seem monumental to you, please remember that these kiddos are in a remediation group, so I was thrilled at their thinking. What a testament to the math instruction on my campus! When the kiddos left the room, my AP and I had a happy dance! We were both beaming and jabbering on excitedly about their discoveries. And what a thrill when I checked my Twitter notifications at lunch and saw this sweet tweet (sorry for the rhyme). How awesome that an administrator spent a minute to make a teacher’s day!

Want to try it yourself? Grab a double ten-frame here and the recording sheet here. Have fun!

← Prev: Multiplying Decimals Next: The Difference Between Knowing and Understanding Place Value →