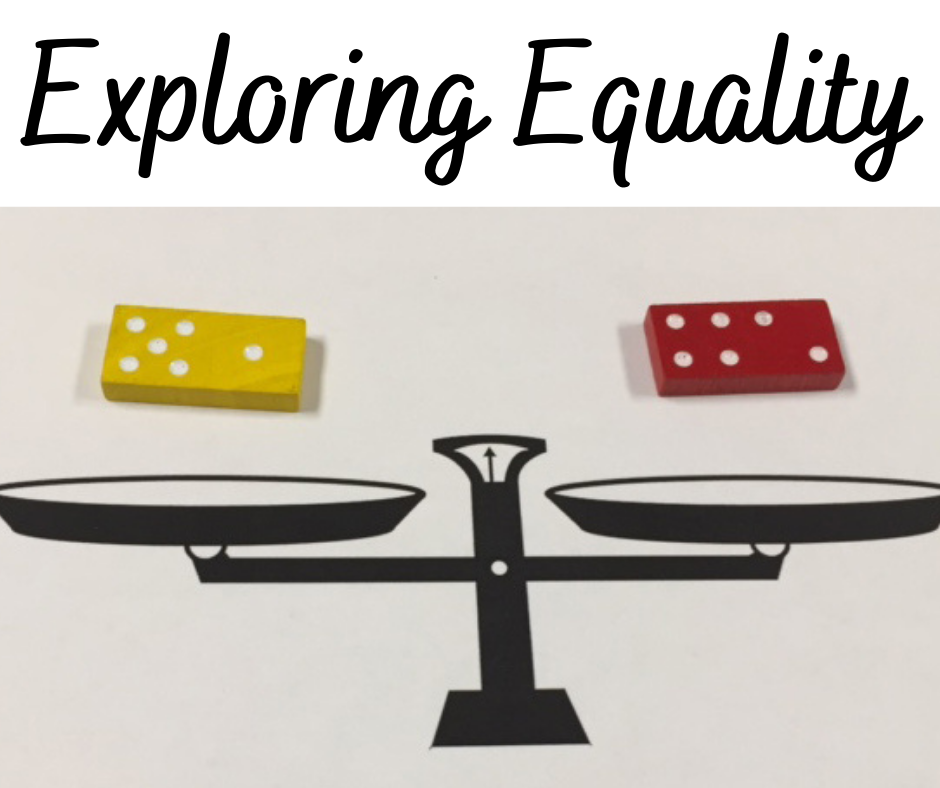 I’ve been working with my Firsties on the following TEK:

1.2(A) recognize instantly the quantity of structured arrangements

Although it is not mentioned in the TEK, the mathematical word for this skill is subitizing. The dot patterns on dice and dominoes are very common and easily recognizable, so they are perfect for practicing this standard. I based my lesson on an activity that had students turning over dominoes, subitizing the two dot patterns shown, and stating the sum. The subitizing part they had no problem with. Finding the sum was another story. Here’s how I broke it down for them.

I wanted to build on what they could do, which was subitize the dot patterns. We practiced stating the larger number and counting on while touching the dots on the other side. This was not an easy task for my babies, but they got the hang of it pretty quickly. It’s important to have the kiddos interact with the dominoes, so on the domino shown below, they touch the side with the six dots and say “6”, and then they touch each dot on the other side as they count on (7, 8, 9). After counting on and finding the sum, I then had them state 6 + 3 = 9.

I always like when I can incorporate more than one standard into a lesson, so I thought this was a perfect activity for exploring equality. This next part addressed two additional TEKS:

1.3(D) apply basic fact strategies to add and subtract within 20, including making 10 and decomposing a number leading to a 10

I Googled “scale clipart”, found a very simple graphic of a balance, and printed it on a sheet of paper. To start the lesson, I showed the students the picture and asked them to tell me what they could tell me about it. Most actually knew it was called a balance or a scale, and they could tell me it was used to tell how heavy or light something was. This gave me the opportunity to introduce the word weight. We discussed what it meant if the pans were level, or if one side was higher or lower than the other.  Once I was confident they understood the concept of the balance, I gave each student 10 dominoes, which they placed face-up in front of them. I placed a domino showing a 5 and a 1 on one side of the balance graphic, and asked them to tell me what number the domino represented (6). I asked them to look at their dominoes and determine if they had a domino that also showed 6. It was great to watch them checking each of their dominoes–lots of counting on action. If they thought they found one, they had to justify it by counting on or stating the fact. If they had a matching domino, I kept it, reducing their pile. It seemed like a game to them–to see who could use up all their dominoes first! While I highly recommend using this activity in a small group setting, it would also be a great activity for a workstation, after the kids really understand the concept well. Practice makes perfect! 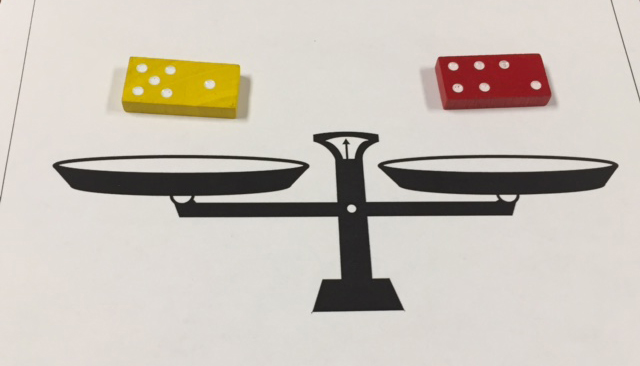 The master of “practice makes perfect” is Greg Tang. The games he and his team are developing make practicing computational fluency super engaging. When I’m trying out one of his new games, I find that I’m getting hooked! His game, Math Limbo, is a perfect fit for exploring equivalency through composing numbers. Players are presented with a representation of a number in the form of a fact. The task is to choose a number or numbers that match the value. In the picture below, the pictorial representation shows 2 + 2. A player could either use 3 and 1 or the 4, because those are both equivalent to 2 + 2. The goal of the game is to use all the numbers as quickly as possible. The picture shows the first round of the lowest level, so the numbers are very small. As with most of Greg’s games, players can quickly “level up”, and the problems become more challenging. 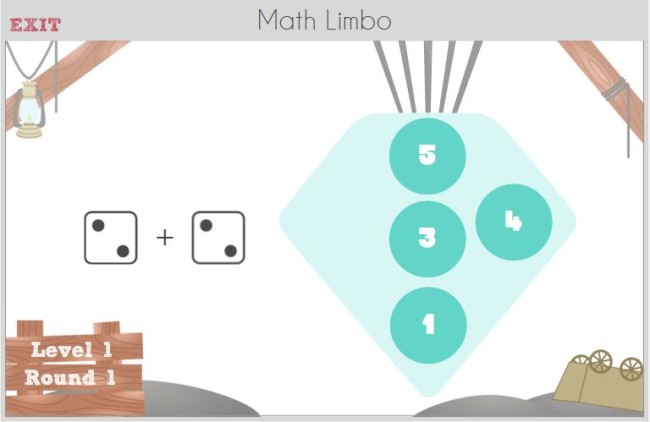 I hope these activities are useful for your classroom! I’d love to hear your comments about what works for you!