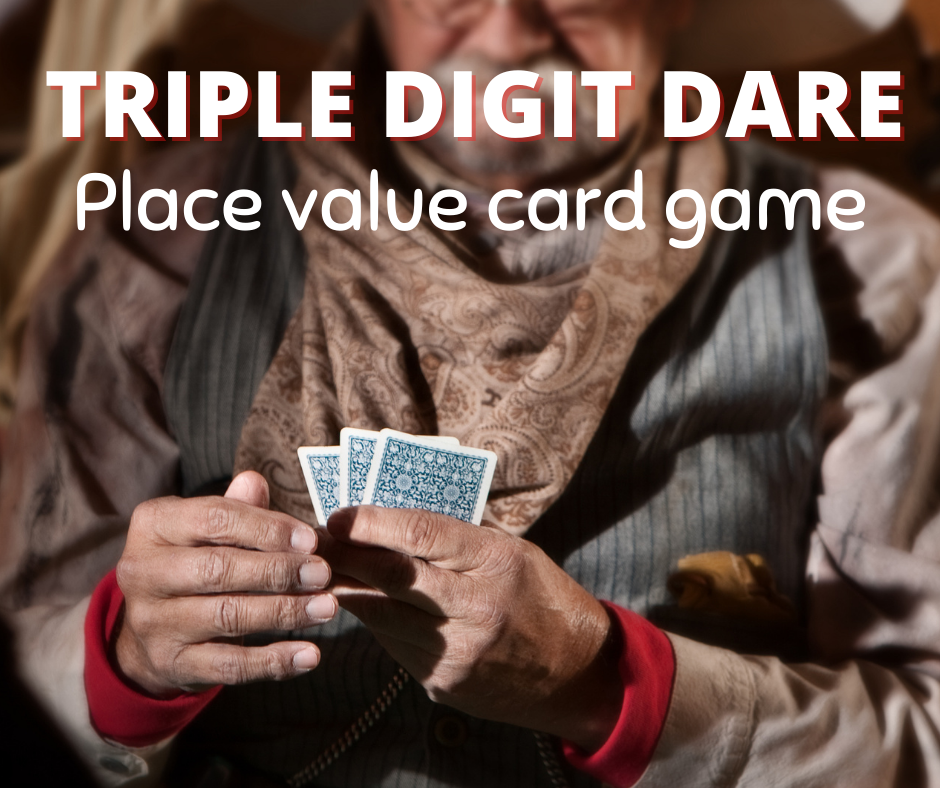 Last week I had the extreme pleasure of co-presenting the ERG Guided Math Institute with Laney Sammons in Winston-Salem, North Carolina. We spent four wonderful days with over 100 educators from around the country and even Canada! It was a real pleasure to meet and talk with so many enthusiastic educators! During one of the breaks, I had a chance to talk with Maggie, a teacher from Virginia. She shared a place value card game that her son, now 21, created when he was in 3rd grade. The game is called Triple Digit Dare. This game plays very much like War, with students using the three cards they are dealt to create a 3-digit number.

Use a standard deck of playing cards with the 10s, Jacks, Queens, and Kings removed. Aces count as 1.
Note: I recently played with Queens as zeros, and Maggie keeps the Jokers in as Wild cards that can be used for any digit.

Once the students master the basic version, Maggie introduces a new version of the game, this one with an added twist of strategy.

As if this game isn’t engaging enough, Maggie has rules! Can’t you just imagine how much her students love playing this game? 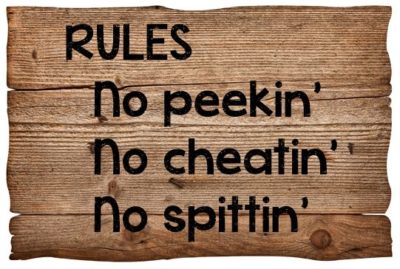 I decided that the younger kids shouldn’t have all the fun with this card game, so I made a decimal place value version! Actually, I just made a little mat that kiddos can use to play a decimal version, because the rules would be exactly the same. One game board has ones, tenths, and hundredths and the other board has tens, ones, and tenths. 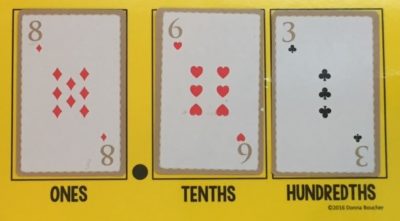 You can download the decimals mats by clicking here. If you’re looking for more math games to play with a deck of cards, check out this post.

← Prev: Subitizing: Moving from Perceptual to Conceptual Next: Kahoot!: Gamify the Learning →