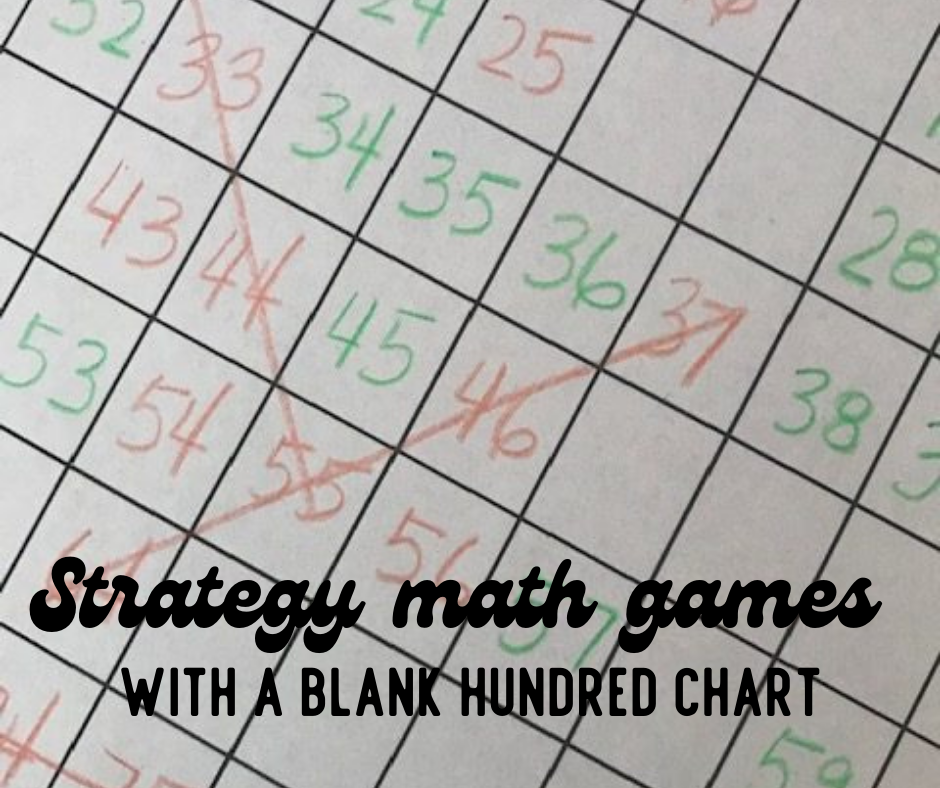 Fact: Kids love playing strategy math games, and when you introduce a twist of strategy, you add a problem-solving element to the activity.  As kids play a game multiple times, their strategy will evolve. A great way to add accountability to a game that’s being played in a workstation is to have students write about their strategy in their Math Journal. My favorite games are those that are engaging, include a twist of strategy, and require very little in the way of prep or materials.

This post contains affiliate links, which simply means that when you use my link and purchase a product, I receive a small commission. There is no additional cost to you, and I only link to books and products that I personally recommend.

Today I’ve got two strategy math games that can be played with nothing more than a blank hundred chart and a couple of colored pencils.

The first game is the easier of the two. Assuming the number 1 in the upper left corner of the chart, players take turns using their colored pencils to write a single number in one of the squares on the chart. In doing this, students are using the patterns on the hundred chart, which emphasize place value, to determine which number goes in a particular square. A player who gets four numbers in a row on the chart (horizontal, vertical, or diagonal) draws a line through the numbers and earns one point. Play continues. The player who has the most points at the end of the game wins. This game can be differentiated by assuming different numbers in the top left corner. For example, the “starting” number could be a 3-digit number, such as 501, or even a decimal like 0.1. 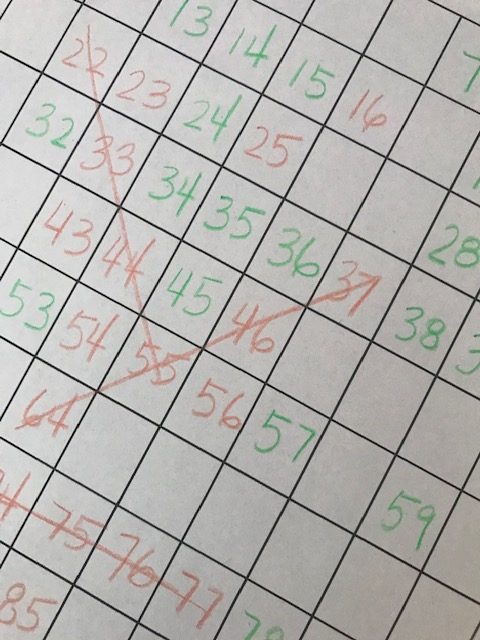 You can download a blank number chart here. If you use it in your classroom, please drop a comment below or, better yet, take some pictures and tag me in a tweet!

← Prev: Rethinking the Hundred Chart Next: Do This, Not That: Structuring Math Workshop →