Teaching Math for a Deep Understanding 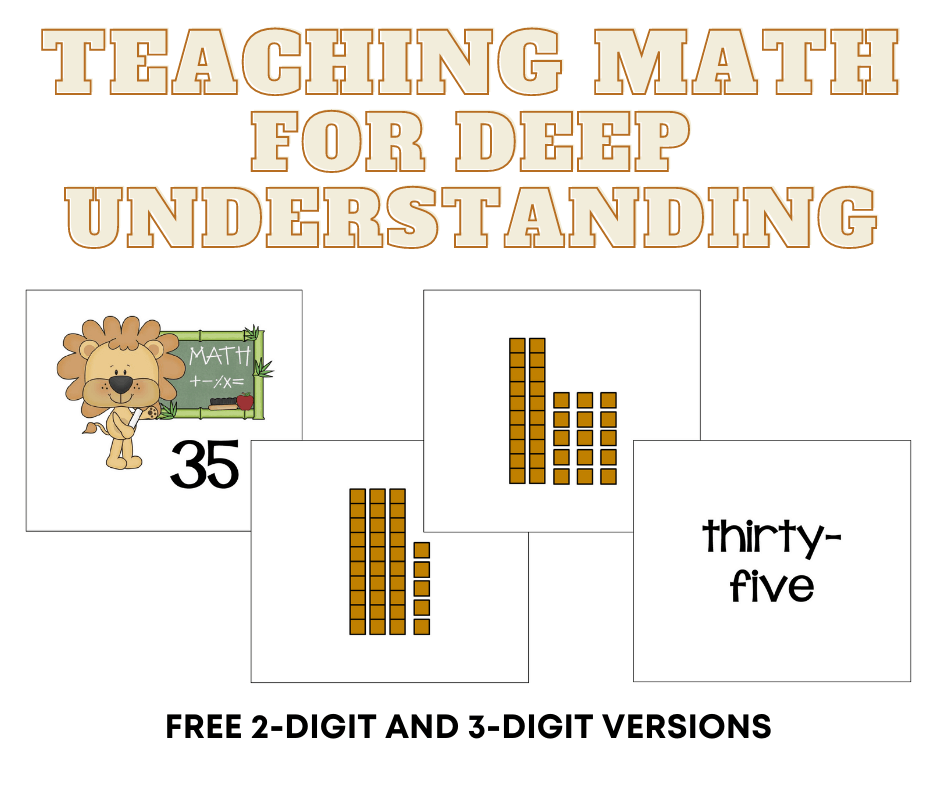 It’s no surprise that subtraction with regrouping is a difficult concept for kiddos. If you were asked why it’s difficult, what would you say? In her groundbreaking book, Knowing and Teaching Elementary Mathematics, Liping Ma devotes a whole chapter to a comparison of how American and Chinese teachers approach instruction of subtraction with regrouping. Bottom line, American teachers typically teach the standard algorithm, often still referring to the process as “borrowing”, while Chinese teachers draw on a deeper understanding of decomposing numbers, teaching math for a deep understanding of the meaning behind the process.

So, how do we teach for that deeper understanding? In Kathy Richardson’s book, How Children Learn Number Concepts, she makes the point many times throughout the book that kids can often appear to understand more than they really do. We have to probe deeper to find out what they really know. When I’m working with a student on regrouping, my favorite question is to ask if the number is still the same after regrouping.  For example, say we are subtracting 81 – 27. The student will proudly announce that they need to trade a ten to get more ones. They show the work by crossing out the 8 tens, leaving 7 tens, and adding 10 more ones to the original 1 one, giving 11 ones. No subtraction has taken place yet–just the regrouping. Then I hit them with my question, “Do you still have 81?” Nine times out of ten the almost immediate answer is no. Really?,  I ask, Let’s count. So that’s what we do and much to their surprise, they find out that 7 tens and 11 ones is still 81. You would seriously think it was a magic trick they are so surprised.

Sooooo, what piece of understanding is missing? Think about how we traditionally teach place value. We use manipulatives, such as base ten blocks, but we typically only represent numbers one way—35 is usually only shown as 3 tens and 5 ones. So here’s what you do.  Have students work in pairs to show you the number 35 with base ten materials. Of course, they will show 3 tens and 5 ones. Then ask them to show you another way (I love the look of total confusion on their faces the first time you do this). No more hints, just let them think about it. I can almost guarantee that at least one pair will trade a ten for 10 ones and show it as 2 tens and 15 ones, at which point you ask them to explain it. Then ask for another way, and most pairs will probably show 35 as 1 ten and 25 ones. It helps to have them document their work using expanded form: 30 + 5 = 25 + 10.

Along these lines, I made a couple of freebies to use in your workstations AFTER kids have had concrete practice with the concept. The first features 2-digit numbers and pictorial representations using base ten blocks. Each number has four cards. You can use the cards for a matching activity, but there are other ways to use them as well.

There is also a set with 3-digit numbers. Notice that these cards are completely abstract—that is, there is no pictorial representation. A suggestion would be to first use the numeral cards only with base ten blocks and have students represent the numbers two different ways. Remember, concrete experiences build understanding. Then you can use the cards for matching or in any of the ways outlined for the 2-digit cards. 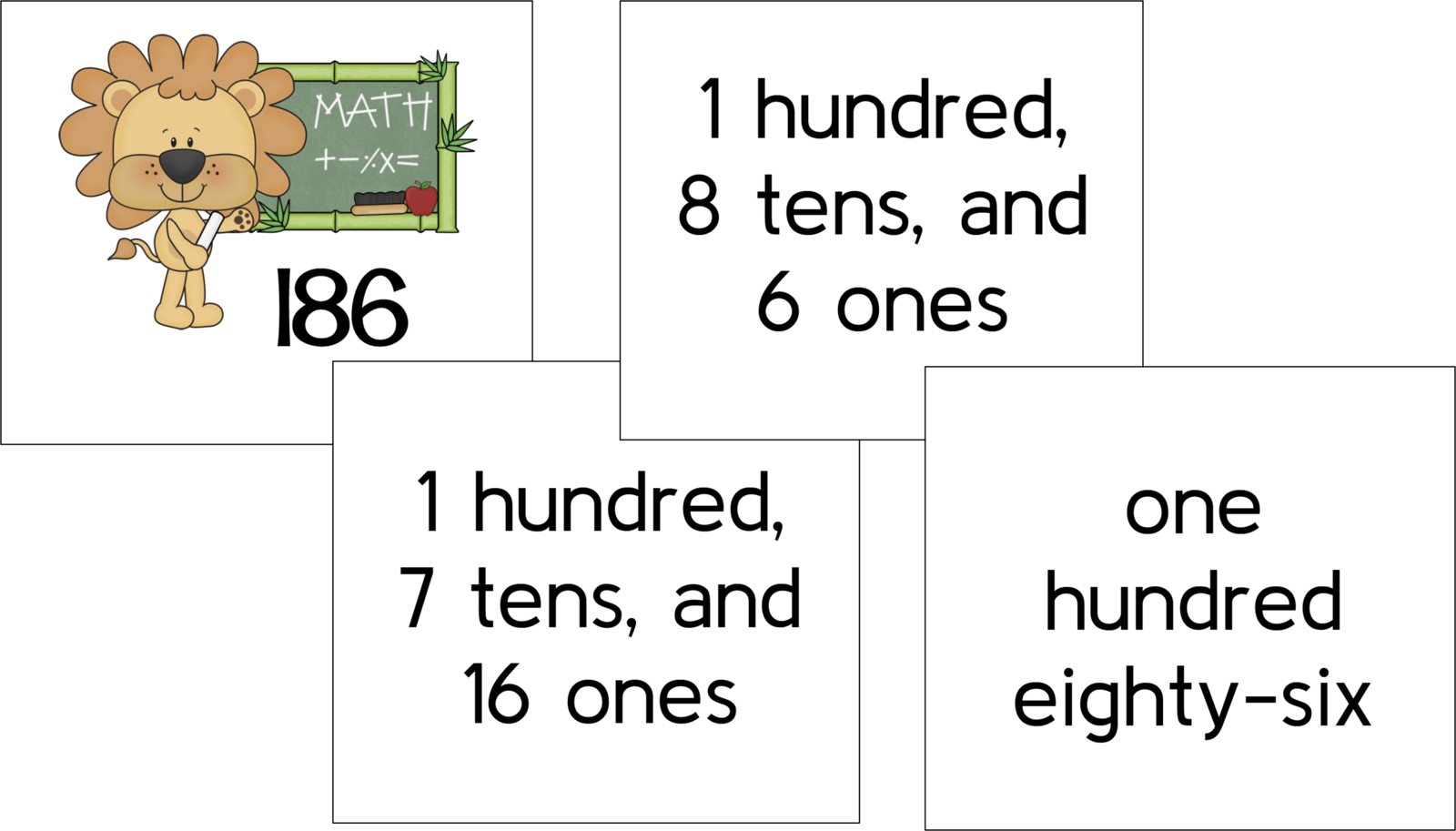 ← Prev: Head on Down the Road...Map 🙂 Next: Reasoning about Decimal Operations →