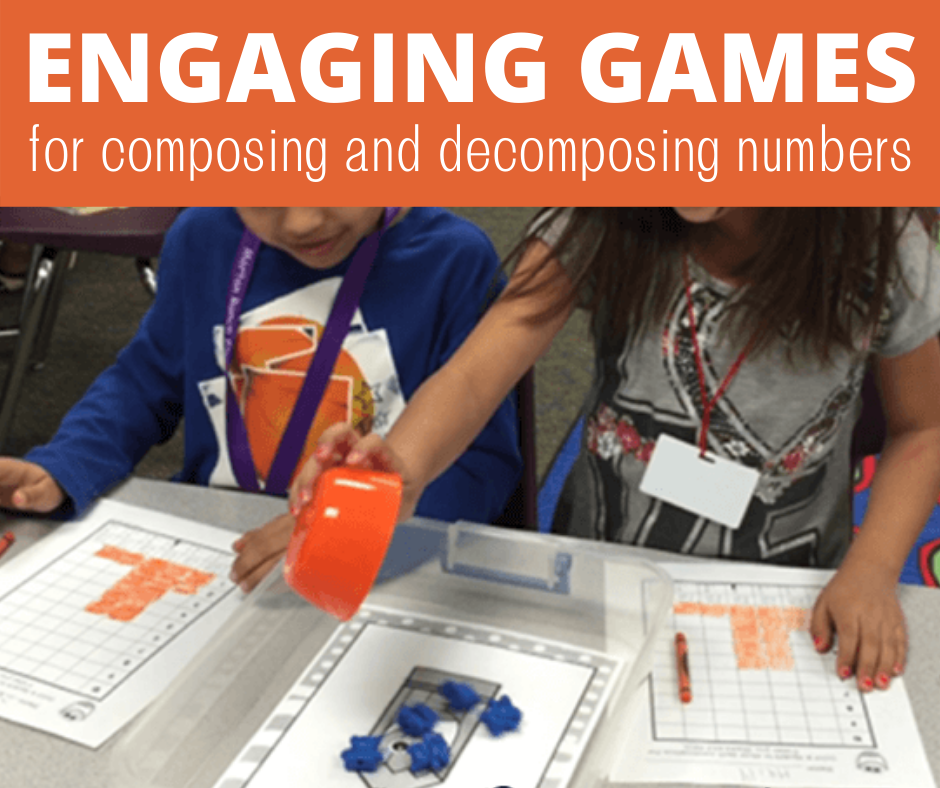 After spending several weeks exploring number bonds, this week I’ve been working with my firsties on composing and decomposing 5. This has been such a fun week as we used three highly engaging activities to practice combinations. On Friday, I asked the kiddos if they’d ever get tired of playing these games, and they said, “No!” Good thing, since once they master the combinations for 5, we’ll go on to 6-10. 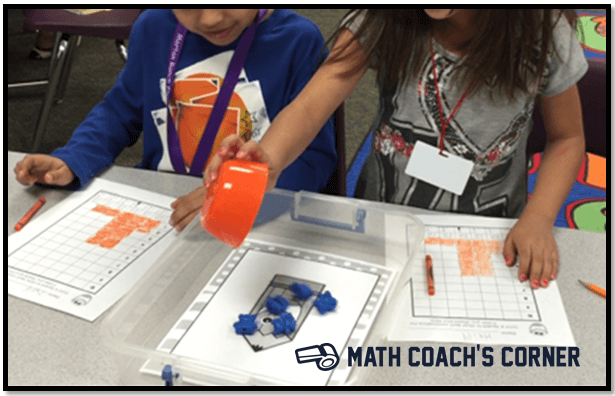 Shake and Spill is such an easy little activity for decomposing numbers, and because it’s a concrete activity, it’s a great starting point. Notice in the picture that the Shake and Spill mat is inside a plastic workstation box.  This helps to contain the spillage. The game involves putting a target number of counters into a cup, shaking them, and spilling them on the mat. Some of the counters will fall on the graphic and some will fall off the graphic. Students verbalize the combination: “Four counters are on the pencil and one is off.  Four plus one equals five”. This particular Shake and Spill game includes a graphing component, and that was actually what the students enjoyed the most. It was a race to see which combination’s bar would win!

Next we played a hiding game called In the Cave. While still concrete, this activity involves identifying a hidden part, so it is a bit higher level. One student hides some of the bears in the cave and the other student must determine how many are hidden. Students verbalize and record their combinations. Check out this blog post to download a free recording sheet. 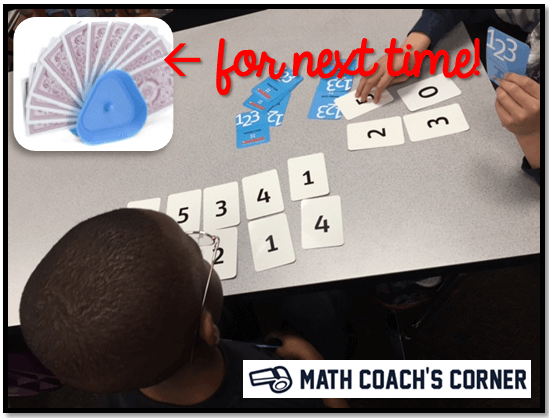 Finally, we played Make Five Go Fish. I was shocked to find out that most of my 1st graders had never played Go Fish! I also had to give lessons on holding cards and keeping cards private. That was a hoot! Only later did I figure out there were little cardholders that make it easier for small hands to hold the cards.  I just ordered mine!

To play, you need a deck with four cards each of the numbers 0-5 (keep reading for a link to a freebie!). Partners each get five cards and the rest go in the middle as the Go Fish pile. Players look at their hands to see if they have combinations for 5. If they do, they verbalize them and lay them down. Rather than asking for a matching card, like in the traditional game, players ask their partner for a card that will complete a combination for five. For example, if a player is holding a 3, he would ask his partner for a 2, because 3 + 2 = 5. If the player has the card requested, he must hand it over. If not, he says, “Go Fish”, and the requesting player takes a card from the center pile. If a player lays down all of their cards, they take 5 more from the Go Fish pile and play continues. The player with the most combinations at the end of the game wins. Notice that this game is totally abstract (symbols only), so this is definitely the last game they should play.

The game can easily be extended for combinations of larger numbers by adding more cards to the deck. For example, for the combinations for 6, use cards with the numbers 0-6.

← Prev: Setting Goals for Student Achievement Next: Intervention...Who Needs It? →