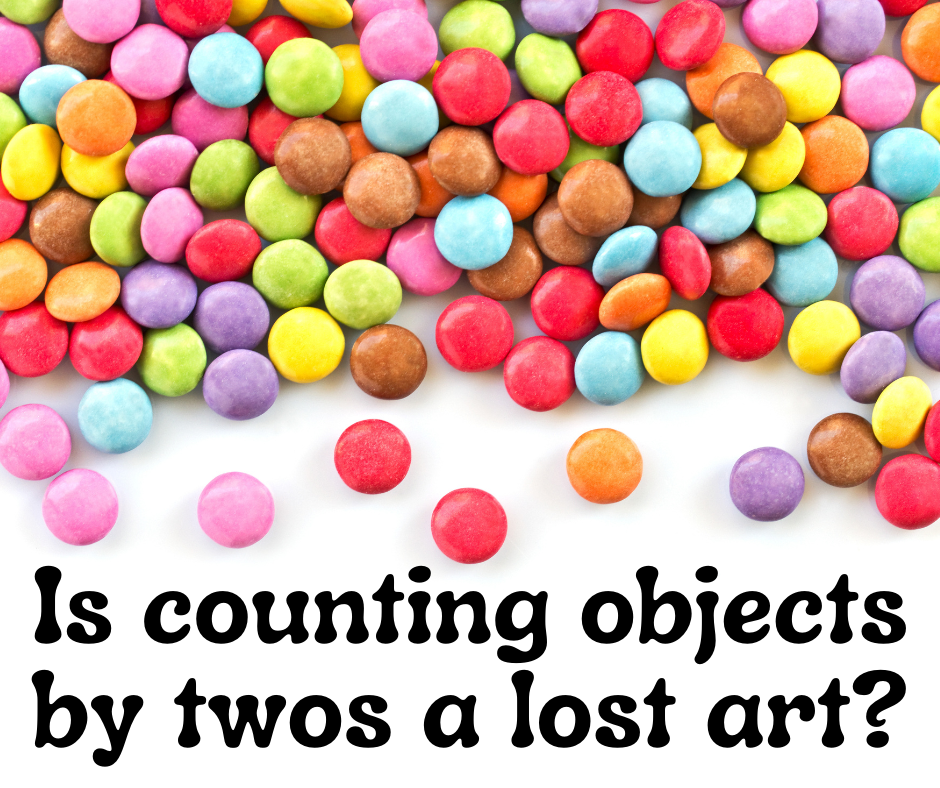 One of the cool things about small group instruction is that your lessons often take you down roads you never expected to travel. This week, my third graders were working on adding 3-digit numbers. We were using base-ten blocks to provide the concrete support they need to understand the regrouping process associated with the standard algorithm. So, for example, when adding 347 + 286, the students built both numbers with base-10 blocks, combined the ones and traded for a ten, combined the tens and traded for a hundred. Normal stuff, right? But it also meant that they were counting a lot of little unit cubes, and I noticed they were counting them by ones. Now I don’t know when or how I learned about counting objects by twos, pushing aside each group of two as I count it, I just know it’s what I do. So I suggested to one student that he might count the unit cubes by twos. He pushed one unit cube aside and said “two”. Hmmm. I reminded him that if we are counting by twos, we need to move two unit cubes. He nodded his head and started again, this time pushing two cubes at a time. There were a total of 13 unit cubes, and he counted 12 of them by twos. When he pushed the last single cube aside, he said 14. I asked, “Because 12 and one more is 14?” He shook his head, counted again, and this time said 13 when he counted the last single cube.

You might think this was a lone case–that’s certainly what I thought. So I decided to ask my other third grader to count the cubes by twos. Pretty much the same story. And then my three fourth graders. I think you can guess the result.

It’s just so interesting because we teach skip-counting by twos and we teach the concept of one more than a number, and those are the skills needed to count objects by twos. But somehow those skills don’t transfer to this application. Skip counting is also connected to multiplicative thinking, yet it’s often taught as simply a rote memorization process–saying the numbers without understanding what they mean.

← Prev: The Hiding Assessment in Action Next: Multiplying Decimals →